Everything (and everyone) on this page has actually helped or inspired me in some way. Some of these links may be affiliate links, which means if you make a purchase after clicking the link, I may make a small commission at no additional cost to you. No matter how small, these commissions help me keep this site up and running.

This is an ever-growing list, and I will update it as I continue to meet new people and discover new things. If there is something or someone you think I should check out, just shoot me an email me at tonyendelman@gmail.com.

Derek Sivers
As far as I’m concerned, Derek Sivers is someone to be admired. He is a musician, producer, speaker and writer. He founded CDBaby and HostBaby, and basically gave both businesses away to charity when he felt he was done with them. His blog posts are short, but inspiring. Derek responds to all his emails, and loves connecting with his readers. Check him out.

Dr. Robert Glover
A seminal figure in men’s self-improvement, Dr. Glover was a marriage and family therapist for over 30 years. He is the author of the groundbreaking book, No More Mr. Nice Guy, as well as Dating Essentials for Men. I am grateful to call him both a mentor and a friend. His website is filled with wisdom in the form of blog posts, podcasts, forums, and more.  Check it out.

James Altucher
I  may have been a little late to the Altucher train, but I absolutely love him. He’s not the best writer in the world, but he’s incredibly inspiring, funny and, best of all, brutally honest. He writes about everything from making millions of dollars and losing it all, to getting fired from multiple jobs, to wanting to kill himself. If I made a list of 10 people I’d like to hang out with for a day, James would definitely be on it. Visit his website.

Zen Habits
As this blog’s creator, Leo Babauta, puts it, “Zen Habits is about finding simplicity and mindfulness in the daily chaos of our lives.” There’s not much else to say here. Just read it.

by Dan Harris
Dan Harris is an anchor on ABC News, which is undoubtedly a demanding job. ?At one time, he was drinking and doing drugs to manage the stress. Then, he lost his shit, had a panic attack, and started speaking gibberish ON AIR. You can watch the clip on YouTube. In his book, Dan tells the story of his breakdown, and how it led him to discover meditation. It’s a highly entertaining read, and provides insight into how powerful meditation can be. If you’re interested in meditation, I wholeheartedly recommend 10% Happier

The $100 Startup by Chris Guillebeau
In preparing to write this book, Guillebeau identified 1,500 individuals who have built businesses earning $50,000 or more from a modest investment (in many cases, $100 or less), and from that group he chose to focus on the 50 most intriguing case studies. The $100 Startup  distills the most valuable lessons from those who’ve learned how to turn their personal passions into profit and restructure their lives in ways that gave them greater freedom and fulfillment.

Attached: The New Science of Adult Attachment and How It Can Help You Find – and Keep – Love

?by Amir Levine?
This is one of the first books I read while I was in the throes of the heartbreak. The book goes into fascinating detail about the three relationship attachment types: anxious, avoidant, and secure. Reading this book helped me understand that I am an anxious attachment type and that the woman who broke my heart was avoidant to the extreme. Additionally, the book explains why anxious types often fall for avoidant types, and why secure types generally fall for other secure types. For me, there were definitely some “Holy Shit” moments in here. If you’ve been struggling in your relationships, check out this book, especially if you’re an anxious attachment type.

by Dr. Robert Glover
When the most beautiful woman I’ve ever dated tossed me out of her life like yesterday’s trash, I was crippled by unremitting heartache and dizzying confusion. At some point, I picked up this book, which had been sitting on my shelf for nearly a year. Within the first 10 pages, I had more “Holy Shit” moments than I’d like to admit. Since reading No More Mr. Nice Guy, I’ve worked closely with Dr. Glover and become one of his certified coaches. If you struggle to make your own needs a priority, stand up for your values, and walk away from bad situations, buy No More Mr Nice Guy

as soon as you can. And, don’t be fooled by the title. The book applies to women, too.

Sex at Dawn by Christopher Ryan and Cacilda Jetha
We’ve long been told that sexual monogamy comes naturally to our species. Mainstream science – as well as religious and cultural institutions – has maintained that men and women evolved in families in which a man’s possessions and protection were exchanged for a woman’s fertility and fidelity. But this narrative is collapsing. Fewer and fewer couples are getting married, and divorce rates keep climbing as adultery and flagging libido drag down even seemingly solid marriages. While debunking almost everything we “know” about sex, Christopher Ryan and Cacilda Jetha offer an alternative explanation in this brilliantly written book.

The Antidote: Happiness for People Who Can’t Stand Positive Thinking

by Oliver Burkeman
Browse the self-help section at your local bookstore, and you’re bound to find a lot of garbage. Most self-help books don’t work, and convince us that we need to spend our lives pursuing happiness. But, it’s our constant pursuit of happiness that actually makes us miserable. The Antidote explores a number of alternative paths to happiness, and completely blew my mind the first time I read it. It’s also really fucking hilarious at times. Whether you’re into self-help or not, definitely pick up a copy of The Antidote.

George Carlin
Simply put, George Carlin is my idol. He has been ever since I was 10 years old. I admire him so much that I don’t even know how to express it in words. I cried when he died. Thankfully, his daughter Kelly does an amazing job of keeping his legacy alive. In my opinion, his 1996 HBO special, Back in Town, is the greatest single hour of comedy ever recorded.

Nick Griffin
Nick Griffin is a friend of mine, and one of my favorite comedians. He was also one of David Letterman’s favorite comedians, and Letterman’s opinion is much more important than mine. Nick appeared on The Late Show with David Letterman at least a half a dozen times. He’s also been on The Late Show with Stephen Colbert and Conan. He does stand-up all over the country, and I never missed a show when he came to Omaha. Nick was kind of enough to formally endorse my book: Randy Penny: Cordially F*^@ing With People. I’m lucky enough to have had several cups of coffee and a few cheeseburgers with Nick. This 2008 performance on Letterman is one of my favorites. Watch more clips and find out if Nick is going to be in your city on his website.

Norm Macdonald
Norm Macdonald has no idea who I am, so he probably doesn’t know that he has saved my life on more than one occasion. Whenever I was going through a bout of severe depression, the closest thing I could find to a remedy was watching YouTube clips of Norm’s appearances on late-night talk shows. Norm has to be one of the funniest human beings alive, and the greatest talk show guest ever. This classic appearance on Late Night with Conan O’Brien and this hilarious exchange with David Letterman are my favorites. They crack me up every single time I watch them. And, I’ve watched them hundreds of times. Thank you, Norm. Honorable mention: Norm and David Spade on Dennis Miller Live.

Rock Solid Nutrition & Rock Solid Training
Rock Solid was started by one of my very good friends, Sean Harley. Sean looks like he was chiseled out of alabaster and then photoshopped. He’s an IFBB Pro and a fitness model, and he’s been on the cover of a bunch of fitness magazines. Between his supplement company and his training programs, God knows how many people he’s helped look and feel their best. 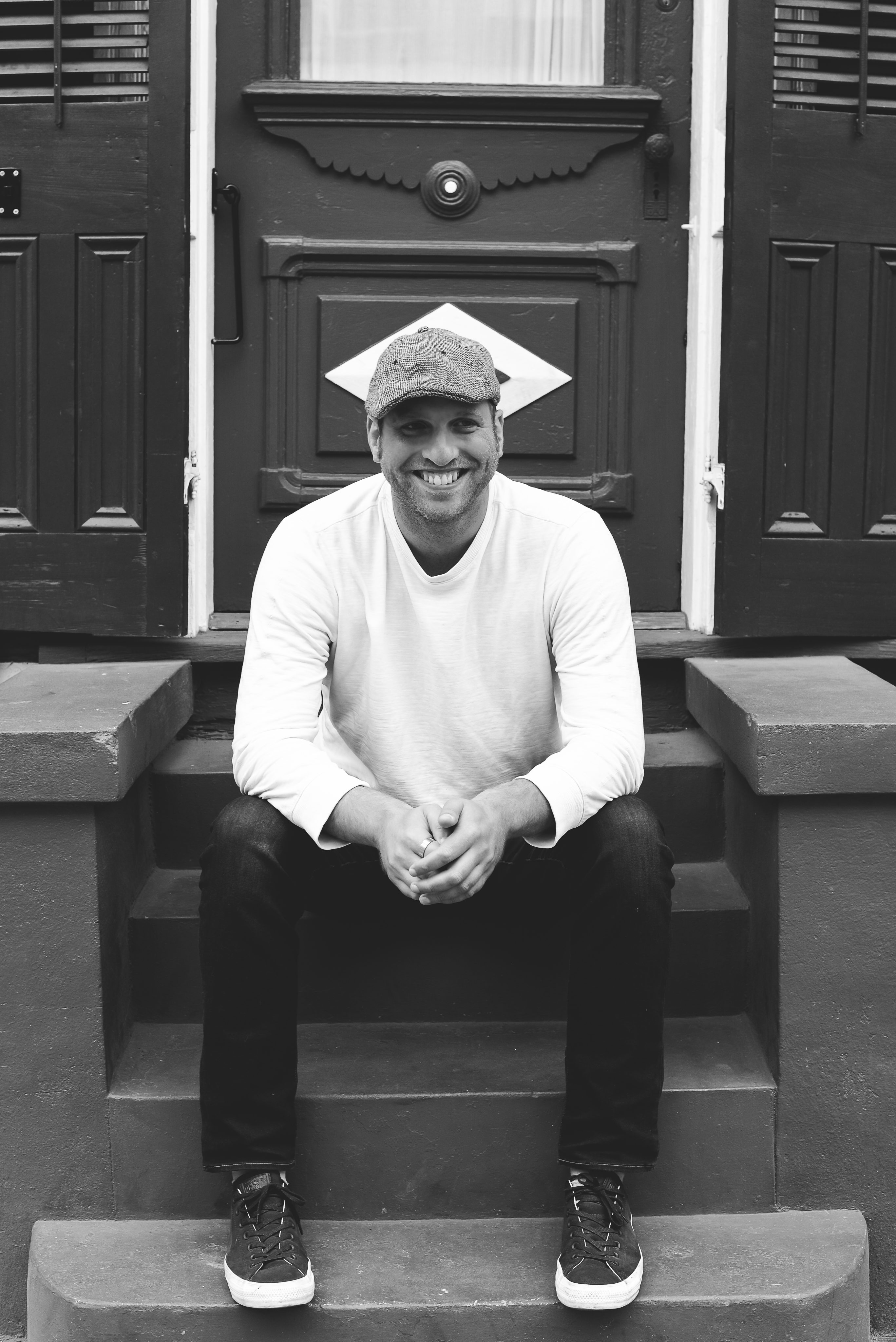 I know this is one of those super annoying pop-up things, but I would be endlessly grateful if you gave me your email address. I promise I will only email when I have something awesome to share. Deal? Great. You f*cking rule.