It's actually kind of a dumb idea.
This post may contain affiliate links. Read the full disclosure.

When the most beautiful woman I’ve ever dated abruptly – and unapologetically – discarded me from her life like a baggie full of dog turds, I was crippled by unremitting heartache and dizzying confusion. Desperate for answers, I called my friend Ann, who happens to be a relationship coach, and asked her to help me make sense of it all.

“How could someone do this to another human being?” I asked Ann, after recounting the details of the relationship. “She told me how much she cared about me, that she wanted me in her life, that she didn’t want to lose me. Then, she threw me away like it was nothing. Like I’m fucking garbage. And she did it in a text message. Who does that? She’s 40 years old for fuck sake. And a psychologist! And honestly, Ann, she’s the most beautiful woman I’ve ever dated.”

“Is she really the most beautiful woman you’ve ever dated?” asked Ann. “Because, she seems ugly. We’ve gone over this before. She is not a kind and compassionate human being, and she jerked you around repeatedly. Don’t forget, I told you to get out of it months ago when we talked about all the red flags. You should be glad she ended it. She did you a motherfucking favor.”

I thanked Ann for her insight and hung up the phone, relieved that I had someone like her in my corner. Maybe Ann was right. After all, she’s helped dozens of individuals and couples work out their relationship problems. And, she certainly made some good points.

But, that didn’t stop me from calling my friend Leah to get her take on the situation.

“How could someone do this to another human being?” I asked Leah, after recounting the details of the relationship. “She told me how much she cared about me, that she wanted me in her life, that she didn’t want to lose me. Then, she threw me away like it was nothing. Like I’m fucking garbage. And she did it in a text message. Who does that? She’s 40 years old for fuck sake. And a psychologist! And honestly, Leah, she’s the most beautiful woman I’ve ever dated.”

“Um, she sounds like a fucking butthole,” Leah said, which reminded me why I love Leah so much in the first place. “And, yeah, maybe you acted a little needy or something. But, so what? If she was a halfway decent person, she would’ve called you or met you for coffee and told you that it wasn’t really working for her. That’s the mature thing to do. Instead, all she did was fuck with your head and treat you like a second-class citizen. Then, she freaked out when you said you were hurt. She might be a little cuckoo, man. Plus, she has kids. No thank you. Fuck that shit. You’re an amazing person and you deserve better.”

I thanked Leah for sharing her perspective and hung up the phone, relieved that I had someone like her in my corner. Maybe Leah was right. After all, she knows a thing or two about heartbreak, considering that her long-time, live-in boyfriend dumped her shamelessly, and then stole her dog to boot. Leah’s an incredibly grounded woman; it’s no wonder she made some excellent points.

But, that didn’t stop me from calling my friend Kevin to get his take on the situation.

“How could someone do this to another human being?” I asked Kevin, after recounting the details of the relationship. “She told me how much she cared about me, that she wanted me in her life, that she didn’t want to lose me. Then, she threw me away like it was nothing. Like I’m fucking garbage. And she did it in a text message. Who does that? She’s 40 years old for fuck sake. And a psychologist! And honestly, Kevin, she’s the most beautiful woman I’ve ever dated.”

“Dude, you’re a classic codependent,” said Kevin, in a very matter-of-fact, Kevin-like way. “And you fell for a classic narcissist, like I bet you always do. She fucked with you, and you let her. And, anyway, have you ever thought about the fact that like attracts like? Your life isn’t so great right now, you’re not happy at all and you’re just going to attract people who aren’t happy either. You need to focus on yourself, dude. This woman sucks, and this is the best thing that ever happened to you. Man up, and get the fuck back on track. I mean, look around. You live in party town U.S.A. Go stick your penis in someone.”

I thanked Kevin for his honesty and hung up the phone, relieved that I had someone like him in my corner. Maybe Kevin was right. After all, he’s been around the block, having lived the quintessential Rock-and-Roll lifestyle before getting sober, starting his own business and finding a great relationship. Given Kevin’s experience, I wasn’t surprised that he made some truly great points.

But, that didn’t stop me from calling my friend Jason to get his take on the situation.

Nor did it stop me from calling my friend Lindsay. Or, my friend Laura. Or Brian. Or Sean. Or Ashley.

And, it definitely didn’t stop me from calling Ann and Leah again.

Admittedly, I did this every day for weeks: calling anyone who might listen – who might have advice – because I wanted to feel better. ?But, there was a problem. After dozens of conversations with some of my closest, wisest and most obliging friends, I didn’t feel any better. Not in the slightest. In fact, I felt worse, pining even more for the woman who treated me so poorly.

Then, I came to an important realization: maybe you shouldn’t talk to your friends about your broken heart. Maybe, despite what common wisdom suggests, it’s actually kind of a dumb idea.

YOUR FRIENDS CAN ONLY TAKE SO MUCH

Your friends are the best, aren’t they? They lift you up when you’re down on the ground. They make you laugh when you need to the most. They meet you for happy hour and play all your favorite shit on the jukebox. They might even pick you up at the airport. Collectively, they’re the Vince Vaughn to your Jon Favreau.

But, your friends can only take so much. And, if you do what I did, you’re almost certainly going to annoy the fuck out of them.

Trust me on this one. I lost a potential client, embarrassed my neighbors at a party, and ruined a perfectly good road trip to Austin, all because I couldn’t stop talking about my broken heart. Even my mom told me to ?shut the fuck up about it already.

Your friends are there for you, and the best ones always will be. But, they aren’t your caretakers. Don’t make them clean up your emotional vomit. It’s not their job and, eventually, they’re going to let you know it. 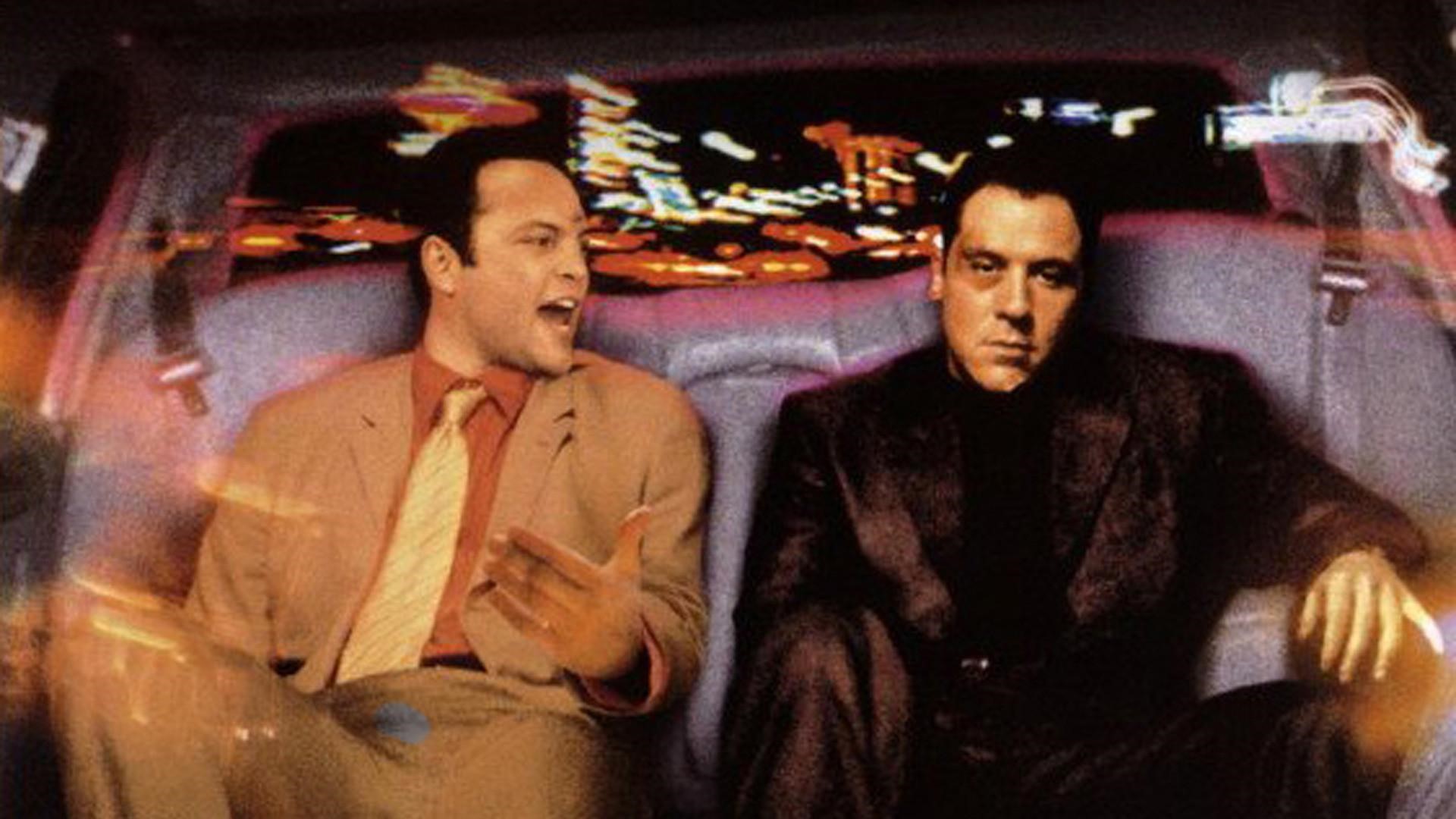 YOUR FRIENDS DON’T HAVE THE ANSWERS

I know what you’re going through. You devoted your time to someone who didn’t reciprocate. You loved someone who decided you weren’t worth loving back. You gave someone your heart and they tossed it right in the dumpster, without remorse. Words can’t possibly describe this kind of pain.

And, you’re a rational person. You believe you deserve closure and resolution and some kind of logical explanation for why this happened. You would do anything to solve this twisted, infuriating mindfuck of a mystery. You just want answers. But, your friends don’t have the answers. And not because they’re misguided or misinformed. Your friends don’t have the answers because there simply are no answers.

As Buddha may or may not have once said, “Peace comes from within. Do not seek it without.”

YOU’RE PREVENTING YOURSELF FROM HEALING

For who knows how long, we’ve been advised that talking about our heartbreak will help us heal, and that revisiting our relationships will allow us to place them firmly in the past so we can move on. But, this may not be the case. And, don’t just take it from me. Take it from Walter Mischel, one of the most widely cited psychologists of the 20th century.

Mischel, incidentally, first rose to prominence in the 1960s for The Marshmallow Test, a series of landmark studies on delayed gratification at Stanford University. Mischel’s team gave preschoolers the choice of having one marshmallow immediately, or two if they waited for 15 minutes. Mischel observed that the children who waited would develop coping strategies, like covering their eyes with their hands or stroking the marshmallow “as if it were a tiny stuffed animal.”

More recently, though, Mischel has been studying trauma, finding that “ruminating on bad experiences could send people into a downwards spiral.”

“Each time they recount the experience to themselves, their friends or their therapist,” says Mischel, “they only become more depressed.”

So, maybe – just maybe – you shouldn’t talk to your friends about your broken heart. Because, as British author and therapist, Phillippa Perry wrote: “This is the psychological equivalent of scratching a mosquito bite. If you don’t stop scratching it, it is going to continue to itch and may become infected.”

BUT, I STILL HAVE A BROKEN HEART. SO, WHAT CAN I DO?

When you got a headache,
A headache powder soothe the pain
When you try to rest
Lord, you feel alright again

Unfortunately, for us humans, ol’ Bobby had it right. When you got a heartache, there ain’t nothin’ you can do. Only the passage of time can fully heal a broken heart. But, if you wish to heal faster, there are some things you can do.

You can cease all contact with the person who mistreated you. No phone calls, no text messages, no emails, no Facebook. No excuses.

Then, you can give yourself one week – and one week only – to truly feel your emotions. You can let them engulf you like an old, heavy blanket. You can lock yourself in your bedroom and cry in the fetal position and punch your Tempur-pedic pillow and scream obscenities at your cat. You can do this because you need to. Because you have every right to. Because somebody robbed you of your spirit, and you’re merely doing what’s necessary to take it back.

Then, you can thoughtfully reflect on your relationship, reminding yourself that you can’t control the actions of another. You can examine your own behavior, and embrace this as an opportunity to grow. If you think you need to, you can work with a therapist – a good therapist – to overcome any childhood traumas that may be causing you to consistently fall for the wrong people. You can educate yourself on toxic shame and attachment theory and love addiction and relationship patterns. You can take everything you’ve learned, and use it to become an even better, more attractive and more confident version of you.

Then, you can rise up, knowing that you’re a remarkable catch, and the person who cast you aside is an incurable idiot. You can write this person a letter – a letter that you will not send, but you will burn to ashes. You can get back to work, pursuing your mission and creating the life you deserve. You can replenish your soul by immersing yourself in the things that bring you joy and excitement. And, while you’re at it, you can define your boundaries, vowing to never let anyone mistreat you, ever again, for the rest of your life.

Then, you can call your friends. You can call all of them. You can call them and tell them that it’s happy hour, you’ve got money for the jukebox and you’re ready to fucking party.