The Life-Altering Benefits of Fuck You

Embrace the Fuck You Way and magical things will happen.
This post may contain affiliate links. Read the full disclosure.

My friend Jerry owns a historic bar in the Uptown section of New Orleans, and occasionally, I’ll stop by during off hours to see him. Jerry is around 60 years old, with a pudgy build, a kind face, and a long, silvery ponytail. More often than not, I’ll find Jerry in his office, accessible only by a rickety, wooden staircase that could very well collapse at any moment. The office is small, and usually a mess, with invoices, books and bar paraphernalia strewn about chaotically. Jerry sits behind a makeshift desk, adorned with a nameplate that reads: Mr. Head Honcho. He shares the office with his dog, Biscuit, an excitable Boston Terrier who spends most of the time on a pee pad, furiously licking his own balls.

Whenever I visit Jerry, I like to prepare an exit strategy, knowing I could be there for hours, while he fills my head with stories that can range from wildly amusing to maddeningly stupid. But, every once in a while, he’ll offer a nugget of wisdom – so wise, in fact, that it could only come from an aging man who has been through radically challenging times. I was hoping for one such nugget when, during a particular exchange, I decided to tell Jerry about my broken heart in spectacularly honest fashion.

I told Jerry that I was dating a woman for the better part of a year, and that I cared for her deeply. I told him that she’s the most beautiful woman I’ve ever seen – that she has caramel-colored skin, a flawless figure and a devastating smile. I told him that she is smart and funny and successful, and, when I met her, I couldn’t believe my luck.

I told him that she had permeated every part of my psyche – that she was all I could think about, from morning until night. I told him that when I finally expressed my discontent, she threw me away like garbage, without remorse and by way of a text message. I told him about the text message – how it was so brutally unkind that it rattled me to my core. I told him that I’ve never been treated this poorly by another human being.

I told Jerry that the whole thing was sad and embarrassing, and sent me down a path of self-exploration. I told him that I repeatedly fall for the wrong women, try desperately to make it work and then end up with a shattered heart. I told him that I started doing research and consulting a new therapist to figure out what the hell might be wrong with me.

I told Jerry everything.

To which he responded: “Well, sometimes you just need to say fuck you.”

“That’s all you’ve got?” I asked, with great disappointment. “For a guy who never shuts the fuck up, you sure don’t have a lot to say on this matter.”

“That’s all I’ve got,” he confirmed. “And, fuck you if you don’t like it. Maybe you should go home and think about it.”

So that’s what I did.

I went home and thought about it, suppressing the urge to call Jerry so I could tell him to go fuck himself. And Biscuit. But, knowing Jerry, there had to be a deeper meaning behind his vexingly terse response.

I contemplated it further, framing it in a way that made sense to me. I turned it into a mantra, letting it penetrate my subconscious. I put it into practice, in the areas where I needed to most. Then, I applied it to every aspect of my life. Then, I embodied it. And, while I may never fully master it, I’ll be damned if it didn’t turn out to be the most brilliant piece of advice I’ve ever received. 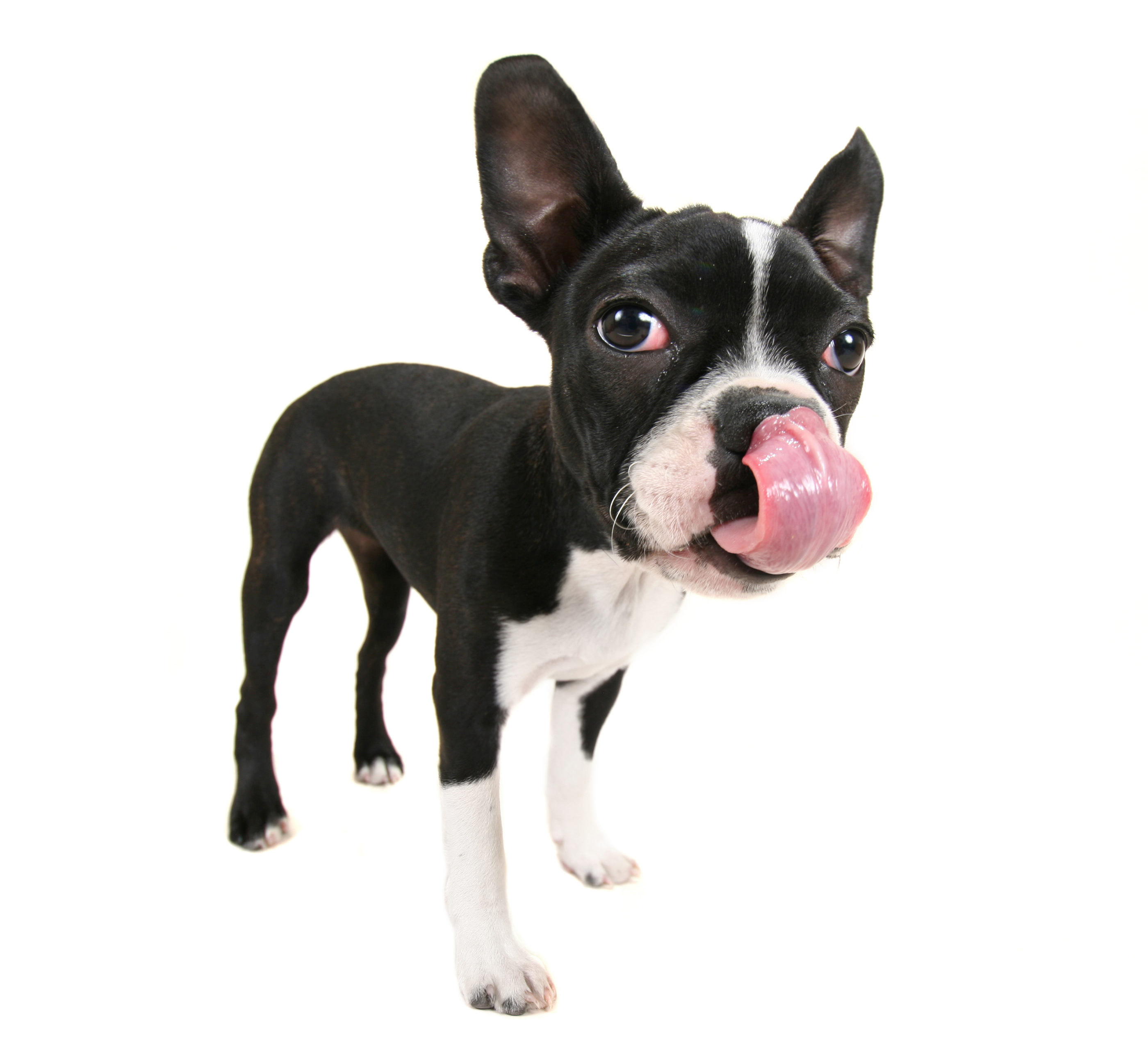 THE FUCK YOU WAY

Let it be known that I have studied the tenets of Stoicism, set forth by Zeno of Citium, Seneca and Epictetus. I have immersed myself in the teachings of Buddha: the noble truths, the eightfold path and the five precepts. I’ve explored Confucianism, Taoism and the universal flow of Chi. But, nothing has awakened my spirit more than the wonderfully simple, life-changing philosophy of Fuck You.

I know what you might be thinking: that you’re already one step ahead of me, that you already say the words ‘fuck you,’ and that you’ve been saying them every day since you were in the seventh grade. You scream these words in your car, cursing the careless jackass who cut you off on the freeway. You mutter them in the supermarket, as the woman in front of you fumbles around in her change purse. You shout them at your television when your beloved sports team fucks itself out of a win. Thank god for ‘fuck you.’ How else are you supposed to blow off steam?

Just for a moment, though, consider Fuck You in a wholly different light, and not as the two little words that help you deal with society’s most trivial nuisances.

Fuck You is a mindset. It knows no gender, no race, no class, no creed.

Fuck You is knowing that the world is a place of abundance.

Fuck You is the belief that you can create the life you deserve.

Fuck You is the unbreakable promise to yourself that, until the day you die, you will stand up for your values, make your own needs a priority and never let anyone treat you like you are beneath them.

Embrace the Fuck You way, and magical things will happen.

The world can be a cruel and unpredictable place, mostly because it’s filled with other people. This is an unfortunate truth that we all must acknowledge. Because, while people are generally good, there will always be those who try to use or abuse you, with complete disregard for the sanctity of your well-being. This is why you need strong personal boundaries. And, when you abide by the guiding principles of Fuck You, you’ll develop your boundaries naturally, becoming an even better, more resilient and more confident version of you.

Boundaries are vital to ensuring that all of your relationships are mutually respectful. They set limits for the behavior of those around you. And, they’re a defining hallmark of high self-esteem.

The old saying is true: People will only treat you one way: the way you allow them. Embrace the Fuck You Way and your boundaries will never be compromised.

When I think of the people who have made my life hell, I cringe with shame and indignity. It’s a pathetically long list, filled from top to bottom with the names of liars, cheaters, manipulators and just plain dickheads. A particular woman comes to mind. So does an old college roommate. As does a former boss – a racist, sexist, belligerent imbecile who stole money from clients and bugged the entire building so he could watch and listen to us at all times.

Each day for nearly a year, I walked into that office with a pit in my stomach and a breach in my soul. I’d yearn for a job offer to fall from the sky, for a winning lotto ticket, or for my boss to get hit by a speeding city bus. And, when the clock struck five, I’d walk out with dread, knowing I’d have to come back tomorrow. It’s a year of my life that I wish I had back, all because I couldn’t muster the nerve to say Fuck You and take matters into my own hands.

If you have a boss like I had, now is the time to say Fuck You, vacate the premises and never look back. Believe in yourself. There’s a better opportunity just around the corner.

If one of your friends is the turd in your punch bowl, constantly mocking your dreams and desires; it’s time to say Fuck You, and continue wholeheartedly down your chosen path. When you do, you’ll find mentors and new friends at every turn.

If the person you’re dating brings you more pain than joy, for the love of god, just say Fuck You before things get worse. Protect your heart, and find someone who truly appreciates you. There are millions of sexy motherfuckers just waiting for you to say hi.

Toxic assholes should have no place in your life. Over time, they will steal your energy, dampen your spirit and drag you down into the deep, dark, shit-laden holes that they live in. Don’t let this happen. And, don’t wait for them to change.

Embrace the Fuck You Way, and you’ll effortlessly attract only positive, supportive and like-minded people.

Saying Fuck You is not always easy, especially if it leads to the unknown. You may have to overcome obstacles, take a few chances and reshape your identity. But, this is where you’ll find beauty. So, give a hearty Fuck You to your fears and excuses, and propel yourself forward, knowing that you – and you alone – are in charge of your life.

After all, it is our inability or unwillingness to say Fuck You that typically keeps us in bad jobs, bad relationships and bad situations.

There’s a funny thing with us humans. We spend our lives trying desperately to find happiness, and yet, we don’t even know what it is. We can’t explain, describe or define it; we just know that we want it, because it’ll make everything peachy. Time and time again, though, studies have shown that our never-ending quest for happiness is quite often the very thing that tends to fuck us up. So, instead of trying to find happiness, maybe – just maybe – you could take a look around, and say Fuck You to the people, places and things that are making you miserable.

Trying to find happiness is a futile effort. Embrace the Fuck You way, and happiness may very well find you.

Many of our greatest leaders have spoken profoundly on the subjects of happiness, dignity and self-respect.

Tony Robbins said: “You get what you tolerate.”

Eleanor Roosevelt said: “No one can make you feel inferior without your consent.”

Malala said: “There’s a moment when you have to choose to be silent or to stand up.”

And Ghandi said: “They cannot take away our self-respect if we do not give it to them.”

Remember these things as you go forth in love and in life. But, also remember what Jerry the bar owner said: “Sometimes you just need to say Fuck You.”

How to Not be the Biggest Fucking Downer on the Planet
Your Life is a Party and You Choose the Guest List
Mother Knows Best: Why Generosity is the Way
Inertia is Death
On Your Quest for Love, Know When to Run Like Hell